Building of the Month (August)

Our building for August, as interpreted by our Artist in Residence ‘Bill Hunt’ is Roger Stevens Building, University of Leeds

Chamberlin Powell & Bon won a limited competition to make new additions to the university in 1959 and produced a ground-breaking master plan in 1960 which would help shape the university’s post-war growth.

The Roger Stevens Building was designed in 1963 as a centralised lecture theatre block that would serve a wide number of the university’s faculties so it was therefore placed at the heart of the campus.

The building is set on the eastern side of the University’s Chancellor’s Court, which overlooks a rectangular pool and a sculpture by Quentin Bell.

The Roger Stevens Building listed grade II* in 2010, is the centrepiece of the complex of buildings designed by Chamberlin, Powell and Bon between 1958 and 1968 for the Leeds University campus.

Interesting note: Students compared it to a church organ, a robot or a car engine. 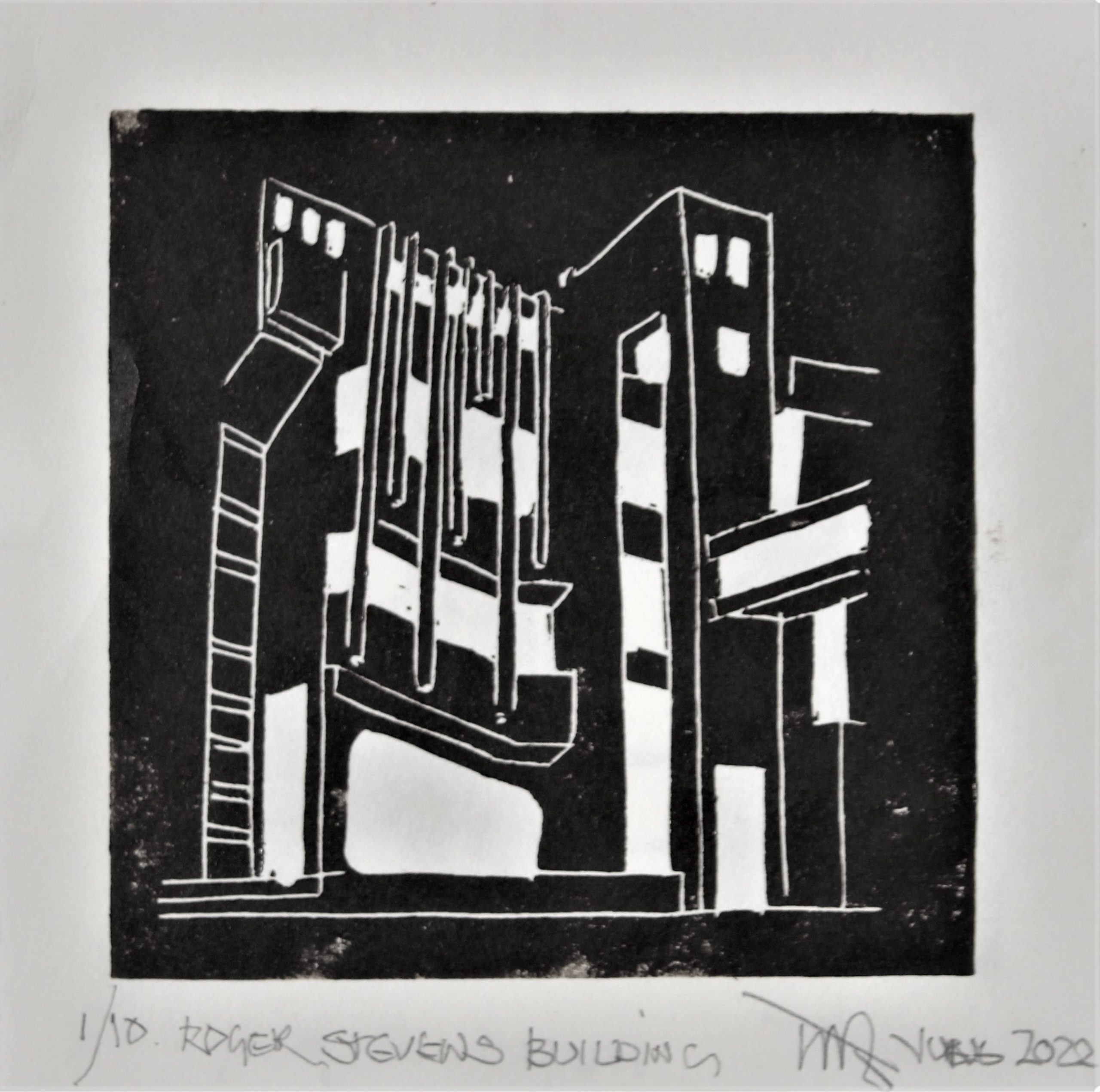