Building of the Month (December)

Our building for December, as interpreted by our Artist in Residence ‘Bill Hunt’ is Bauhaus – School of design, architecture and applied arts

Bauhaus founded by Walter Gropius and existed in Germany from 1919 to 1933 and was based during its history in three locations first Weimar, then Dessau and finally Berlin.

The design of the building is a further development of ideas from his earlier work the Fagus Factory.  The  Bauhaus has a glass facade with a load-bearing framework allowing views of the interior. Gropius’s private office was also located here until 1928.

The building was closed in 1932 due to pressure from the Nazi regime.  Post war the building was then listed in 1972 and restored for the first time.

Interesting Fact: Walter Gropius, Marcel Breuer, and Moholy-Nagy re-assembled in Britain during the mid 1930s and lived and worked in the Isokon Housing (Wells Coates) development in Lawn Road. 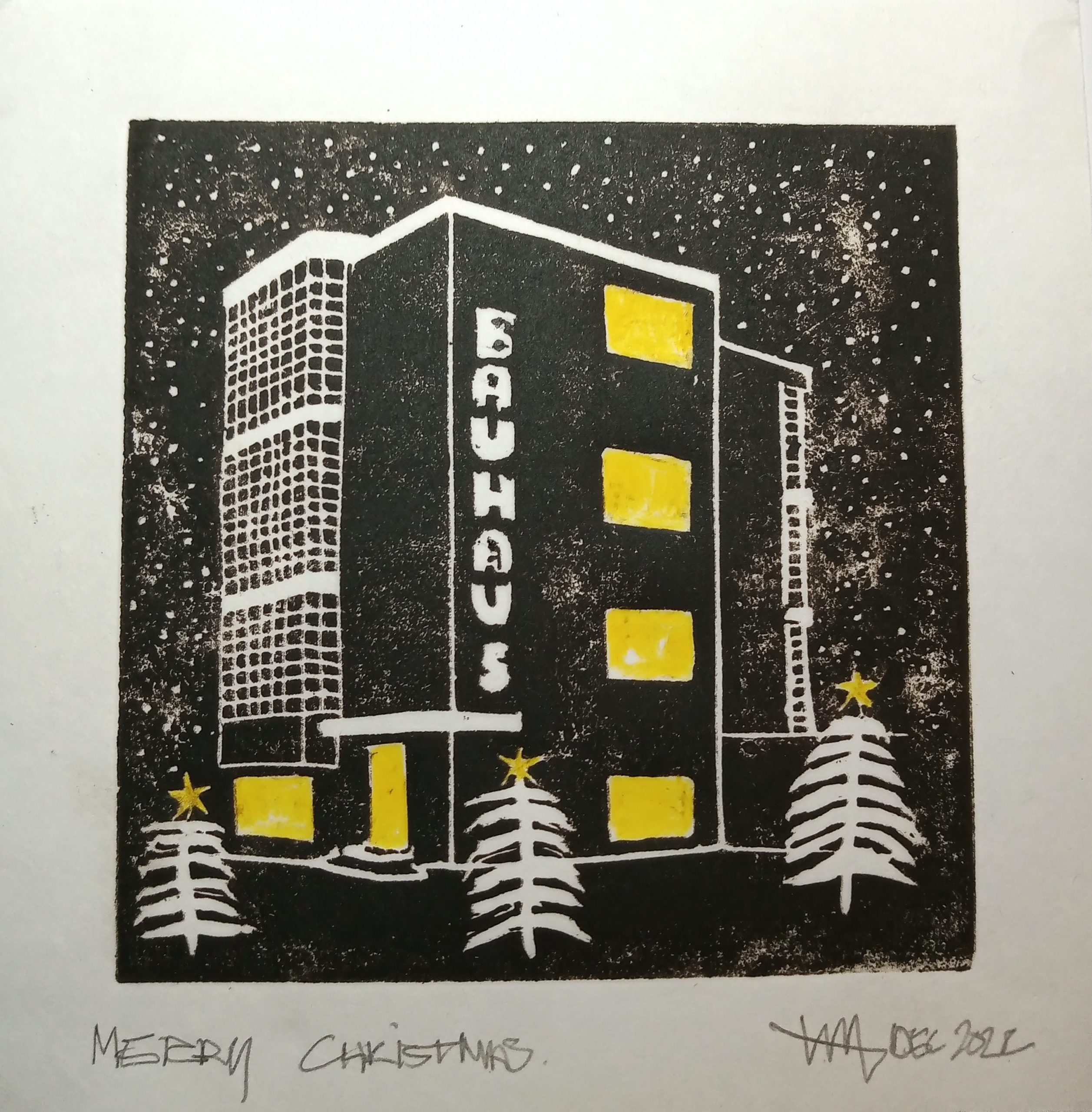