Due for completion and fit-out later this year, participants donned the necessary PPE before being given a guided tour by Sean Woulfe, Kingston’s Director of Estates and HEDQF Trustee.

Shelley McNamara (Founding Director) and Ger Carty (Director) of Grafton Architects who were winners of the RIBA design competition were also in attendance. After the site tour, and following an introduction by Kingston University’s Vice Chancellor Professor Steven Spier, Shelley and Ger gave an illustrated presentation to explain the concepts behind their design and how it evolved to become the impressive addition to Kingston’s campus which we see today. The building which has an elegant frontage to Penrhyn Rd and beautiful rooftop views over Hampton Court and the Surrey countryside, is permeable and transparent and makes a significant townscape contribution to the character of Kingston as well as providing a focal point for the University’s Penrhyn Road Campus. At the end of the presentation it was noted that Grafton had earlier that day been announced as this year’s recipients of the RIBA Gold Medal, a fitting tribute to this consistently high-achieving Irish practice. 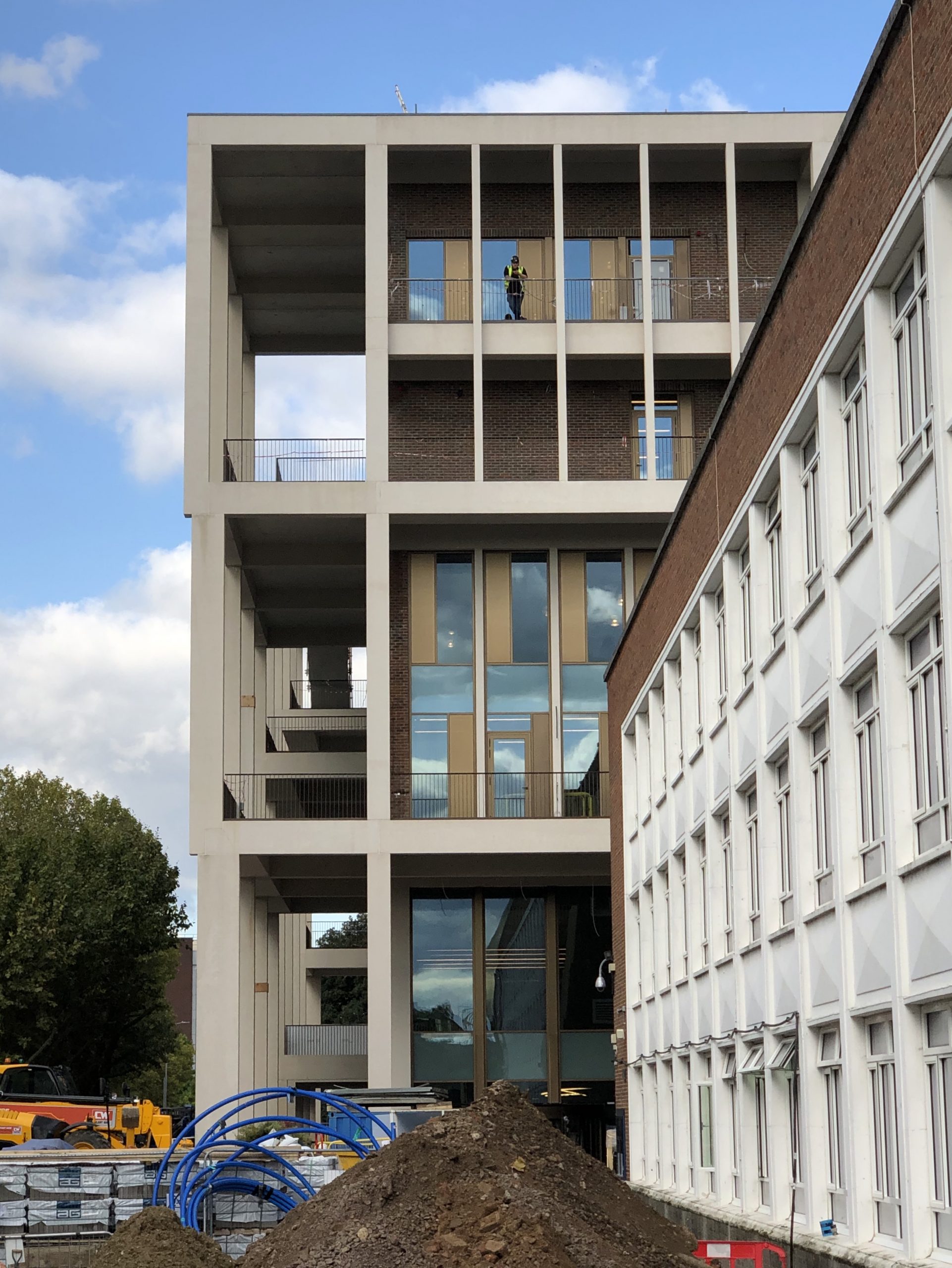 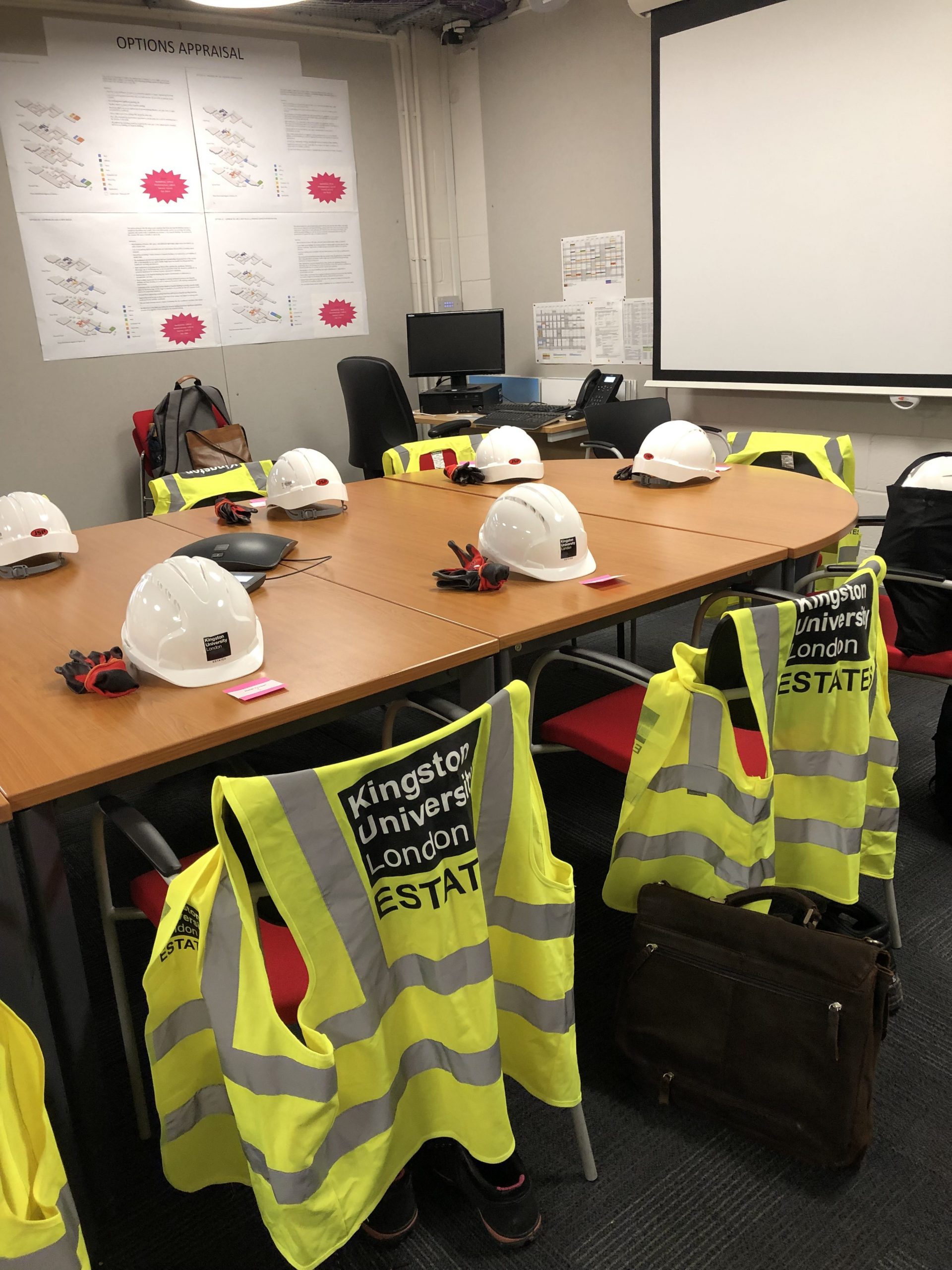 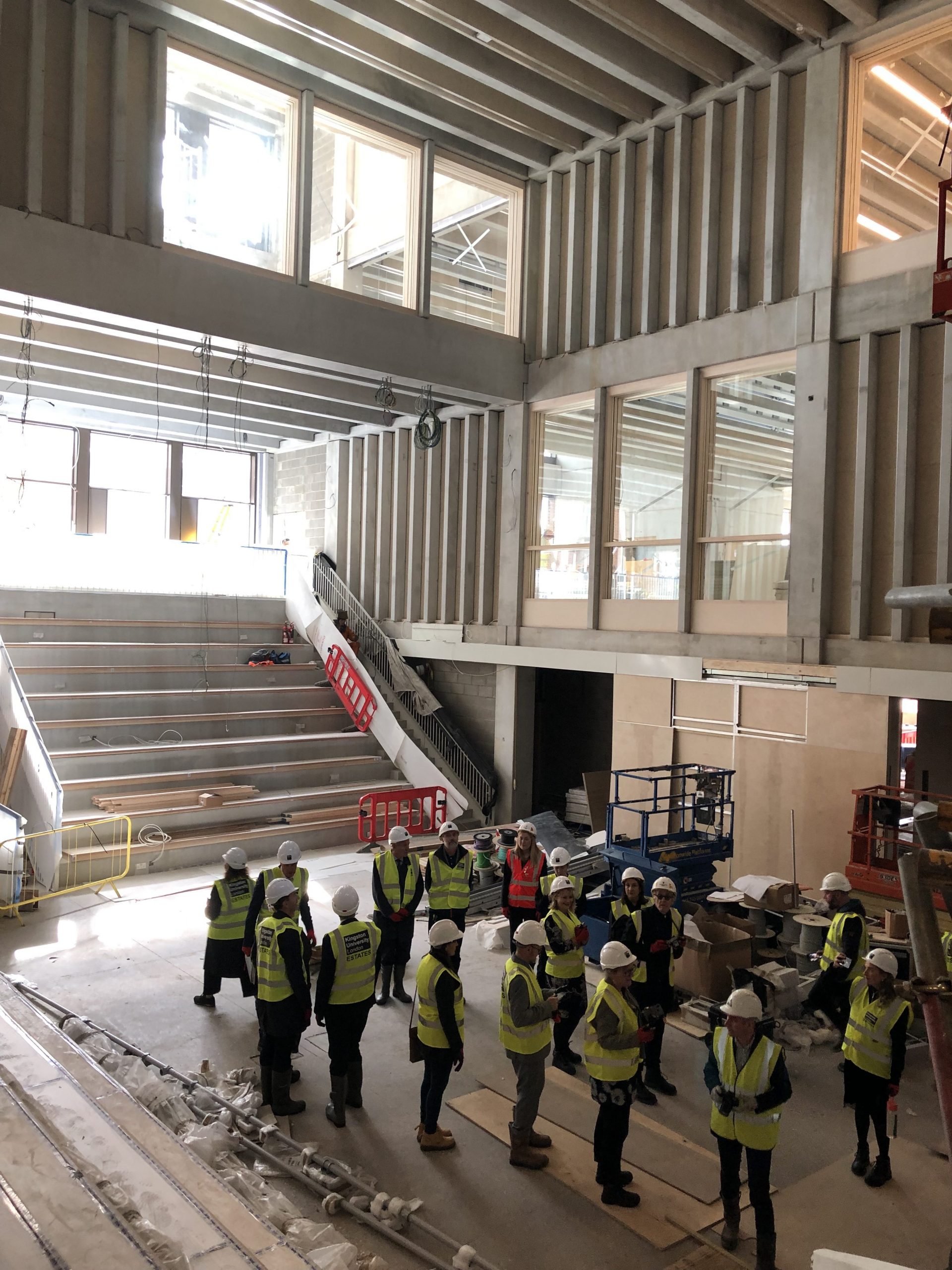